As of January 2016, to avoid noise inside the cave and pursuant to City Ordinance No. 647 the park now requires guest to use the Audio Device. Any guest who will get a Permit is subject for Php85.00 payment for the said device.

Environmental Fee is also being implemented at the park. Php40.00 shall be collected upon registration at the Sabang Information Office.

I'm told that there is a lot of waiting these days as the amount of people allowed are a lot more than when I went a few years ago.

You wait for the boat to take you to the underground river cove, then you walk a short trail and wait again for your boat. Time waiting around could be as much as 45 minutes at each stop.

Puerto Princesa City (PNA) -- The Puerto Princesa Underground River (PPUR) management is now promoting “special visits and tours” to the site discovered in 2011 by a group of Italian scientists and researchers from the La Venta Geographical Association (LVGA) that features among others the 20 million-year-old fossilized-remain of a “sirenia” (sea cow) that lived during the Miocene age.

PPUR Park Superintendent Elizabeth Maclang in an exclusive interview with the Philippine News Agency (PNA) said that “perhaps unbeknownst to many,” the fossilized remains of the sea cow discovered stuck on the wall of the underground river by cave researchers of the La Venta “is open to the public on special permits.”

“Yes, it is open; we are promoting it, but visits have to be informed to us in advance as they are only available on special permits due to the difficulty of going there,” Maclang said, adding guides have to be assigned for the exceptional tour.

The discovery of the sirenia remains by La Venta, which is located in a five-kilometer summit cave, was announced by then mayor Edward Hagedorn as an additional feature of the PPUR following its nomination as a candidate to the New 7 Wonders of Nature search in the world.

Aside from the fossilized remains, a virtual crystal forest of overwhelming formations of stalactites and stalagmites” were also discovered in the PPUR.

Maclang said tours on special permits are available for a minimum fee of P4,000 for each traveler.

“It’s a bit pricey, but seeing the fossilized remains is a wonder in itself. The traveler will really wonder how it came to be there, when in fact, they said sea cows of the same species can only be found during the Miocene age in Europe, Mediterranean and Africa,” said Maclang.

Recently too, the PPUR management opened the Jungle Trail again for those who wish to be more adventurous, and those who are not constraint by time.

“Yes, the jungle trail is now open for trekking at over three kilometers. If guests are not in a hurry to leave, this jungle trail is exciting to explore because of the great natural view it can provide,” Maclang told the PNA.

Opening the trail, she said, is also to provide an alternative route to visitors, whenever the sea is rough to allow boats to travel the distance between the wharf in Sabang, Cabayugan, and the central park where entrance to the underground river is located.

Visitors of the PPUR, she added, will also soon see a PNP Building at Sitio Sabang near the wharf, where tourist police will take office.

Maclang said the building was funded with P5 million from the income of the park. It was constructed for security purposes, knowing how valuable is guests' safety.

"We value the security of our guests, and this is the reason why from the income of the park, we helped construct this building for our tourist police, who work hard," she said. (PNA) LAP/CARF/EBP

A video of the Underground River with discoveries by La Venta

With the advent of the COVID-19 pandemic, so many attractions have closed. I am just going to share some shots I took on our tour way back in 2013 before the tour became overwhelmingly popular and attracted thousands of tourists. There are no tours at this writing. Any information below is null and void and no longer applicable. You will have to go to the official Tour Guide Sites or City Sites to get information when they open tourism up again. 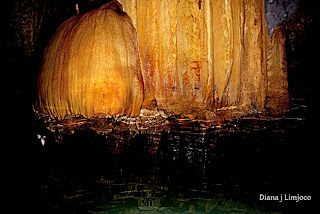 
Puerto Princesa Underground River, in Palawan, Philippines has become one of the New 7 Wonders of the World, driving tourists here at an unprecedented rate! It is allegedly one of the longest navigable underground rivers in the world and is a UNESCO World Heritage site.

It is approximately an hour and a half in a van or car to the PPUR from Puerto Princesa city center. The last kilometer or so is still unpaved, hence a bit rugged in the rainy season.

The last few kilometers are the prettiest with tall native trees lining the road. Limestone hills in the background behind rice paddies as you get closer to Sabang town.

When you get there you will report to the Tourism office (or your guide will) then board a motorized pump boat to the Underground River cove. You will pass many beautiful limestone cliffs along the way. The waters are a deep blue and light green close to shore and easy on the eyes.  That boat ride is only about 15 minutes long. They supply life vests on board.

You then land in a cove with a large limestone cliff and from there, it is a short walk to the next cove through indigenous trees. Along the way, you might be lucky enough to see one of the huge monitor lizards, locally called "bayawak", whose residence it is. You will be registered again at the smaller cove where you can actually see the entrance to the river. There's usually a bunch of monkeys that hang out there looking for handouts. You will then board a small paddle boat and a boatman who will do his best to amuse, entertain, and educate you to the treasures of the PPUR.  The waters outside the cave are usually a beautiful turquoise blue.  The entire tour inside the river cave takes 45 minutes.

One person will be assigned to hold the very large flashlight and will be directed where to point it by the canoe (banca) guide. Just when you begin to focus on one great stalactite or stalagmite, he will be on to the next one. Digital cameras have a hard time focusing in the dark cave with only the flashlight as a light source.

It's dank and humid in the cave and there are bats and starlings flitting about. The guide explains you can't swim in there because the water is brackish, which is to say, the freshwater mixed with the seawater. I'm a little on the claustrophobic side but the cave ceiling is high enough that I didn't feel boxed in. 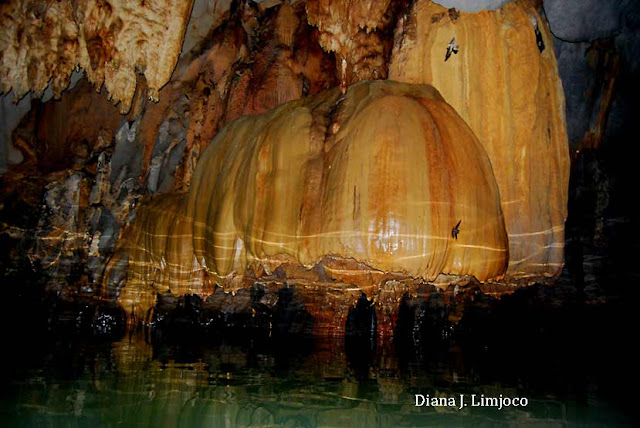 Once you get back to Sabang, there are other things to do such as the Zip Line, Mangrove tour, souvenir shopping, mountain trail hiking etc. 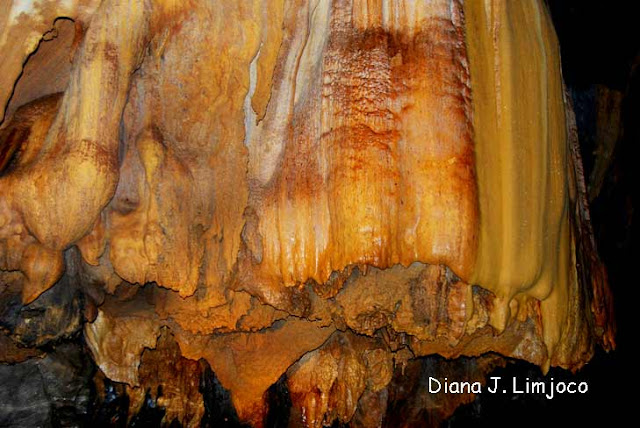 There are a couple of high-end hotels such as the Daluyon Resort, which is very native and cozy with a huge swimming pool and restaurant, or the Sheridan Resort and Spa which is a modern hotel with an even larger pool, restaurant, and other amenities. There are also many Inns for the budget traveler as well, should you decide to stay. They recently opened a new resort called Rengel Resort. It has a combination of native with modern touches and a beautiful infinity pool.

Sabang beach was pretty and very clean when we have gone. Sometimes we go there just for the day and visit the different restaurants and hotels. The hotels will let you swim in their pools, I think if you consume 250.00php per person for a meal. Anyway, we used to swim at Daluyon Resort pool.

If you decide to swim at the beach BE WARNED, that the Sabang beach waters have a very strong undertow at different seasons, do not let small children play alone in the waters. The undertow has taken full-grown men and drowned them.  I hate to sound like a downer, but it's best to be safe and happy.  We have swum there many times over the years without incident, but I turned my back for 2 seconds and our toddler was being scooted out to sea by the waters so fast it made my head spin, and she was just sitting on the shore like me!

This is the part of the cave not open to the general public as it's more difficult to access and also to preserve it, Taken by La Venta Org.

Here is a list of Flight schedules to Puerto Princesa, Palawan:
http://www.puertoprincesa.ph/tourism/Travel%20&%20Transport/Flights%20Schedule

Here is another blog about the PP underground river:
http://saggi-space.blogspot.com/2012/03/palawan-inside-peek-on-one-of-new-7.html

Yet another blog about acquiring a permit to enter the PPUR
http://www.lakas.com.ph/2012/02/how-to-get-an-entry-permit-to-the-underground-river-in-puerto-princesa/ 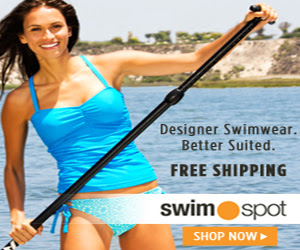 Thinking Of Living In The Philippines? Don't Know What You Need To Do? This Ebook Will Tell You Exactly What To Do To Make You Dream Come True. I Delayed My Escape Because I Didn't Know What I Needed To Know. Start Living The Dream Faster! Click Here! 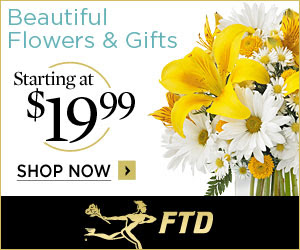 "In This Book, I Will Introduce To You All You Need To Know About Singapore. In Terms Of Business And Economy, Entertainment, Wine & Dine, Shopping And Travel, Places Of Interests And Lifestyle. There Is So Much You Can Learn About Singapore." Click Here! 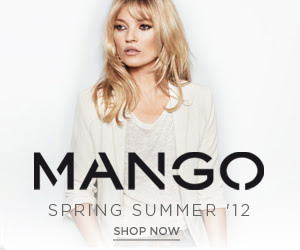 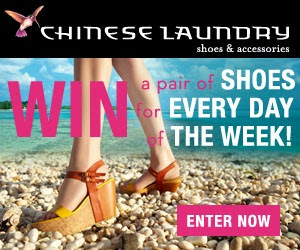 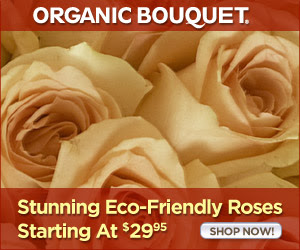 Compare Hotel deals now and Save 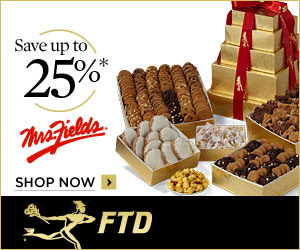 Have been using for my domains

Play free games online there too 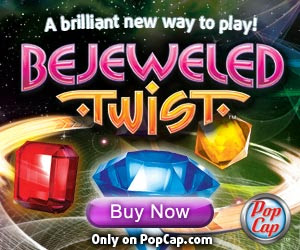